This is the list of official and third-party tools that support fluent-vue.

With fluent-vue-loader, you can use fluent custom blocks to define locale messages directly in Vue SFC files.

Both Rollup and Vite integrations are provided by rollup-plugin-fluent-vue plugin.

It provides the same functionality as Webpack loader - use custom blocks in SFC files.

fluent-vue-cli is the official tool that (soon™) allows extracting and importing SFC locale messages to and from FTL files. This allows integration with external translation tools like Mozilla's Pontoonopen in new window

i18n Allyopen in new window - 🌍 All in one i18n extension for VS Code.

It reports missing translations, allows to extract hardcoded strings, and much more.

Check their READMEopen in new window for more information. 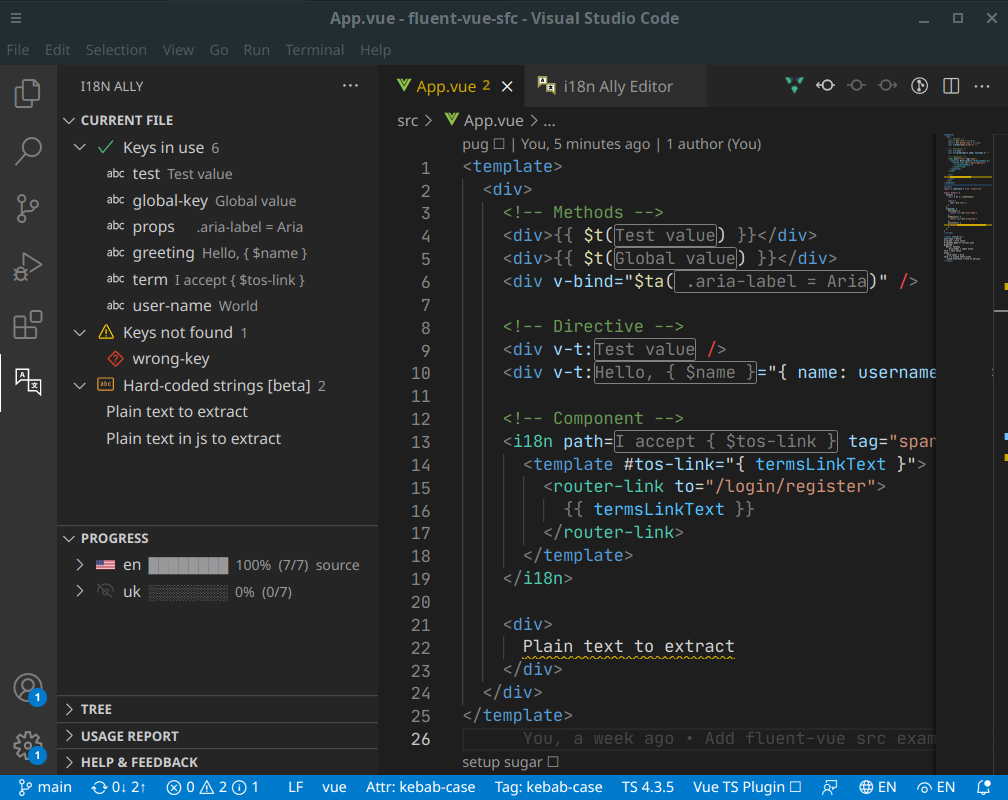